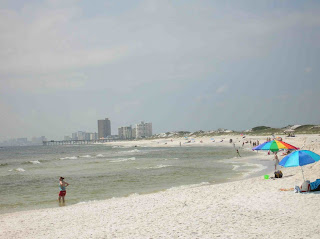 Supporters of beach sand replacement projects are welcoming a $15.5 million appropriation in the 2010-11 state budget approved by the Legislature.

Debbie Flack, president of the Florida Shore and Beach Preservation Association, said the appropriation was good considering the tough budget year. The group is made up of coastal cities and counties and has an all-government board of directors. But Flack also noted that Florida law requires $30 million in documentary stamp tax revenue yearly for the beach projects. “That ($15.5 million) is still fairly significant in these difficult economic times,” she said. “I would hate to see it stay here indefinitely.”

Beach sand replacement projects were profiled as wasteful and futile on NBC’s “Fleecing of America” segment in March. The Florida Department of Environmental Protection says for every dollar invested in beach restoration, the state receives a $6 to $8 economic return. Beaches have multiple benefits including protection from storm surges, providing habitat for plants and animals, enhancing property values and providing recreation space and attracting tourists, DEP said.

Flack said if approved by the governor, the $15.5 million can be used to match $44.1 million in anticipated federal and local dollars.

Crist has until Friday to act on HB 5001, the proposed state budget. He can use his line-item veto power to eliminate individual spending items.