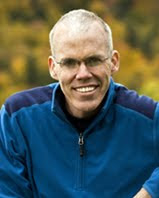 An environmental author told an environmental summit in Tallahassee Thursday that the spreading oil slick in the Gulf of Mexico is only the most visible aspect of the nation’s dependence on fossil fuels.

Bill McKibben is a scholar-in-residence at Middlebury College in Vermont, founder of 350.org and author of “Deep Economy: The Wealth of Communities and the Durable Future.” He was the keynote speaker at the Leon County Sustainable Communities Summit.

“It’s a terrible, terrible tragedy what’s underway,” he said, speaking from Massachusetts via the Internet to reduce energy use from traveling to Florida. “What’s just as sad is it’s only the visible tip of what is going on every day as we continue to burn fossil fuel on this planet.” He also said that building codes in Florida should require the installation of solar panels on new homes to take advantage of the abundant sunshine. 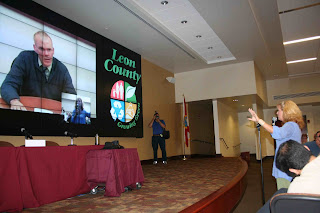 “What do we do with some of my colleagues who talk about price, price, price all of the time without really talking about the cost (to society of coal and oil)?” she asked. McKibben responded that Colorado had taken a leadership position by adopting a 30-percent renewable energy requirement on utilities by 2020.

The House this year rejected bill amendments to require a 5-percent renewable energy by 2020 and has refused Gov. Charlie Crist’s call for a 20-percent renewable-energy requirement by 2020. Rehwinkel Vasilinda’s Democratic primary opponent, Rick Minor, on Thursday repeated his criticism of her for voting for a bill in 2009 to allow oil drilling in the Gulf within three miles of the coast.

(Story content provided by the Current, produced by The Florida Tribune for Lobbytools.com. Story and photo copyrighted by Bruce Ritchie and FloridaEnvironments.com. Do not copy or redistribute without permission.)