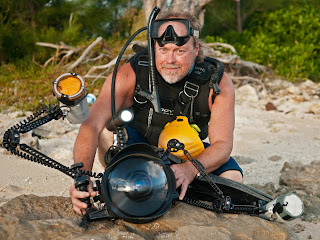 Skiles had finished a National Geographic expedition off the east coat of Florida, according to the magazine. The Sheriff’s Office said he was filming at a reef three miles off Boynton Beach, when he signaled to other divers that he was surfacing. When those divers surfaced, they saw Skiles’ body laying on the bottom of the ocean floor. He was pronounced dead at a local hospital. 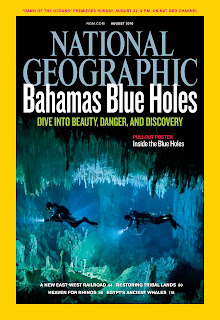 During the past 15 years, Skiles produced and directed over a dozen major films on adventure and science. His work included most recently the IMAX film “Journey into Amazing Caves” and a film for National Geographic in Antarctica on exploring the largest iceberg in recorded history. He shot the August National Geographic cover photo of caves in the Bahamas.

“The springs play such an integral role to the health and the nature of our rivers especially in North Florida,” Skiles told “Rally for the Rivers” in Palatka in February. “I think people don’t really have a good sense of the significance groundwater and springs play in our water supply.”

In “Water’s Journey” video, cameras traced the divers above the surface as they went through residential yards, crossed parking lots and even went through a crowded restaurant over the cave system.

“He knew more about the hydrology than anybody in the room,” Stevenson said. “He was not a scientist. It was just through observation and common sense that he knew about how water moves. It enabled him to be quite an expert.”

Skiles grew up exploring his local springs and cave systems, according to an accompanying biography with the NOGI award he received from the Academy of Underwater Arts and Sciences in 2007.

An active scuba diver at 13, Skiles was certified as a cave diver at 16. At that age he went with cave diving legend, Sheck Exley. Skiles’ first dive with Exley was the recovery of two divers who drowned in Royal Spring.

Skiles was certified as a PADI open water instructor. In 1982 he was training chairman of the National Speleological Societies, Cave Diving Section (NSSCDS) during the cave diving’s most deadly period. Over the next 35 years he would become known as one of the key architects of cave and technical diving, according to the NOGI awarders. 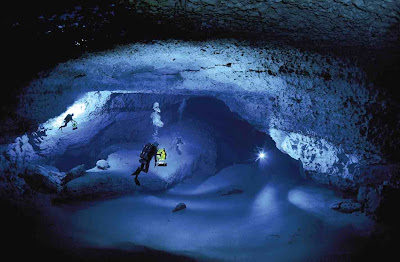 “I started when the springs were unexplored for the most part,” Skiles said in February. “We as cave divers were just starting to venture into these places.”

“I knew the second that I went into my first cave system that these were special places,” he said. “The strong constant flow, this mysterious water — and I was driven passionately to explore, map and photograph these places to bring this knowledge to the surface.”

Skiles said he faced a challenge in the 1970s and 1980s in getting people to believe the springs had any significance. He said he would show maps and photos of cave systems to water management officials but they were dismissed as not playing a role in groundwater movement.

“Now we know that is not the case,” Skiles said. He said his quest is to put the underground streams and rivers on a map of Florida.

“We find these places inside the world which are otherworldly, deep connections to the inner earth that reveal how little we understand about our state,” he said. “There is actually a land form underground.”

(Story copyrighted by Bruce Ritchie and FloridaEnvironments.com. Top photo by Luis Lamar copyrighted by National Geographic. Bottom photo by Wes Skiles courtesy of the Florida Forever Coalition. Do not copy or redistribute without permission, which can be obtained by contacting brucebritchie@gmail.com.)