A bill that allows utilities to charge customers separately for the cost of renewable energy passed the House on Tuesday. Supporters cited a Washington Economics Group study that said legislation similar to HB 7229 could produce up to 40,000 jobs in renewable energy industries. But opponents raised concerns about the cost to the economy of charging more for electricity from wind, solar and biomass. 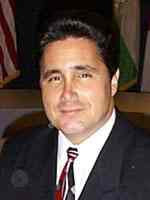 The vote was 83-34, splitting members of both parties. Rep. Julio Robaina, R-Miami, said the economic timing of the bill could not be worse. “You do not want to do this to your constituents especially at this time,” he said.

The bill had drawn criticism from major utilities because it required them to pay more for renewable energy from independent producers. The bill was amended last Friday to remove the requirement. The bill allows the four largest utilities — Florida Power & Light Co., Progress Energy, Tampa Electric Co. and Gulf Power Co. — to recover 2 percent of their annual revenue, or $386 million, above the cost of traditional power generation.

Rep. Seth McKeel, R-Lakeland, said the Public Service Commission still would have to approve the measure. “You can’t have it both ways,” he said. “If you want to do renewable energy in this state and do it in a cost-effective manner, push the green button.”