Farmer Rod Land of Lafayette County on Tuesday told federal officials at a hearing in Tallahassee that he is a fifth generation farmer and may be the last in his family if proposed a proposed federal water rule is adopted.

The U.S. Environmental Protection Agency is holding hearings in Florida this week on the proposal to establish specific numeric limits on nutrients in springs, lakes and rivers to replace the state’s descriptive standard. About 200 people attended a Tuesday morning hearing in Tallahassee at Florida State University. 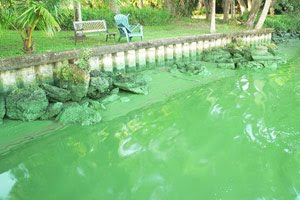 “What we are really interested in, from the water quality management perspective, is to prevent these conditions from happening in waters that are currently healthy,” said Jim Keating, of the EPA’s Office of Water.

But Land echoed the numerous representatives of utiltiies, industries and agricultural groups who said the standards are not based on sound science and will be difficult or expensive to meet.

Land said he was one of the first farmers along the Suwannee River to adopt agricultural “best management practices” to reduce pollution.

“I stand here this morning with some emotions raging within me and a feeling an utter helplessness,” he said. “Because with the implementation of this proposed rule, I have absolutely no control over my destiny.”

Rep. Ralph Poppell, R-Vero Beach and chairman of the House Natural Resources Appropriations Committee, asked the EPA to provide more leeway and more time for Florida to study the proposal and provide solutions.

“Right now is an absolute bad time to be enforcing something that is going to cost our state any more hard-earned dollars than what we already have,” he said. “Economically we’re like other states — we’re struggling to have dollars (for programs).”

But David Guest, an attorney with the nonprofit Earthjustice law firm in Tallahassee, said Florida has had 12 years since EPA first directed states to set specific limits for nutrients.

Standing near a photograph of an algal bloom in Orange Lake near Gainesville, Guest said, “Time is passing and waterways like this are being destroyed as we go.”

To see photos of Florida’s nutrient problem, go to the EarthJustice web site at http://www.earthjustice.org/library/background/photos-florida-nutrient-pollution-and-algae-blooms.html

For the web site of the opposition campaign, go to http://www.donttaxflorida.com/

(Caloosahatchee River photo courtesy of Richard Solveson and Earthjustice. Story copyrighted by Bruce Ritchie and FloridaEnvironments.com. Do not copy or redistribute without permission.)