A bill that would restrict lobbying by former Public Service Commission members and staff was revised Tuesday to match tougher recommendations made by the commission. 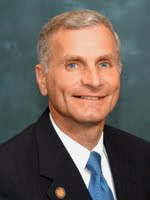 A strike-all amendment adopted by the Senate Rules Committee on Tuesday bans former commissioners and their staffs from lobbying the legislative or executive branches for four years instead of two as originally proposed.

The bill also prohibits commissioners and staff from working for any regulated entity for four years. The ban would be effective for commissioners appointed after July 1 and for PSC staff hired after that date..

The decisions of PSC members have a “huge impact” on water and electricity rates and therefore the state’s economy, Fasano said.

“If you can’t handle the new law, don’t apply for the job,” he said.

SB 1034 also was amended to allow fines against utilities who communicate with commissioners on issues that could come before the PSC. Any private communications on issues before the commission must be posted to a web site within 72 hours.

The bill also requires commissioners to follow the same code of conduct that state court judges follow. The bill next goes to the full Senate floor for a vote after the session starts March 2.

An amendment offered by Sen. Lee Constantine, R-Altamonte Springs and chair of the Joint Committee on Public Counsel Oversight, would extend appointments for the public counsel to the PSC from two to four years.

Constantine denied suggestions by other senators that the amendment was related to the service of Public Counsel J. R. Kelly for challenging utilities’ rate hike requests last year.

The Joint Committee on Public Counsel Oversight believed the position “deserved a four-year term, not a two-year term, so they (public counsels in the future) were not coming back every single time to get renominated,” Constantine said.

Fasano agreed to a suggestion by Sen. J. Alex Villalobos, R-Miami and Rules Committee chairman, to work on the bill to make it clear that it is legal for the public to ask PSC members procedural questions, such as requesting the date of a hearing on an issue.