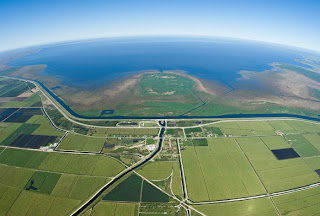 Leading up to a federal court hearing in Miami on Friday, Friends of the Everglades is calling on the state to require polluters rather than taxpayers to pay for cleaning up the “River of Grass.”

Gold in September ordered EPA Administrator Lisa Jackson to appear at the hearing in Miami. But that order was overturned by the 11th U. S. Circuit Court of Appeals.

In a Sept. 30 letter to the court, representatives from the South Florida Water Management District said a $1.5-billion list of projects outlined by the EPA over the next nine years cannot be achieved. District Executive Director Carol Wehle said the district’s property tax revenue had dropped by 30 percent since 2008 because of the collapse in the real estate market. Likewise general revenue appropriations from the Legislature had dropped by 78 percent.

Friends of the Everglades says sugar farmers should be paying for the cleanup — not state taxpayers.

“The state could be doing much, much more to fairly allocate the costs of pollution between taxpayers and the people who caused the pollution,” said Alan Farago, the group’s conservation chairman.

A water management district spokesman declined to comment beyond referring to the Sept. 30 letter. And DEP on Wednesday filed a 26-page notice of compliance with the federal court, saying state and federal agencies were “acting expeditiously” to comply with court orders.

Representatives of U.S. Sugar Corp. and Florida Crystals on Thursday were not immediately available for comment.

(Photo provided by the South Florida Water Management District. Story provided by the Florida Tribune. Story copyrighted by Bruce Ritchie and FloridaEnvironments.com. Do not copy or redistribute without permission, which can be obtained by contacting brucebritchie@gmail.com.)