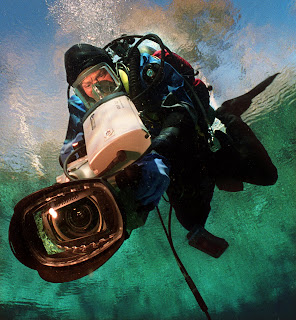 Florida park officials on Tuesday named Peacock Springs State Park near Live Oak in honor of cave-diver and filmmaker Wes Skiles, who died on July 21 while diving off the Palm Beach County Coast.

Skiles was a member of the Florida Springs Task Force and spoke at a rally for springs outside of the Capitol in February. His films included “Polluting the Fountain of Youth” in 1998 and “Waters Journey: Hidden Rivers,” which was produced in 2003 at the request of the Springs Task Force.

“Wes Skiles’ passion for Florida’s environment was evident in his dedication to portraying the wonders of Florida through his masterful imagery,” Department of Environmental Protection Secretary Mimi Drew said in a statement. “Knowing Wes as I did, I’m sure he would be thrilled to have one of his favorite places named after him where it will be a reminder of his lasting contribution to Florida’s environment.”

Skiles’ company, Karst Environmental Services in High Springs, spent hours documenting the cave system at Peacock Springs State Park, according to DEP. A Skiles family member said the naming of the park was reason for celebration.

“The state did a beautiful job of putting together a nice ceremony today,” said Jim Skiles, Wes’ brother. “The family is extremely honored that Wes’ extensive work in creating awareness for these springs will be preserved in the future.”

Skiles was discovered dead in the water while filming during a dive for National Geographic about three miles east of the Boynton Beach Inlet in the Atlantic Ocean. His brother said the death was ruled accidental but authorities have not released additional details. A photograph by Wes Skiles of an underwater cave in the Bahamas was on the National Geographic cover in August. (See July 22 Floridaenvironments.com story).

(Story provided by the Florida Tribune. Photo provided by John Moran. Story copyrighted by Bruce Ritchie and FloridaEnvironments.com. Do not copy or redistribute without permission, which can be obtained by contacting brucebritchie@gmail.com.)