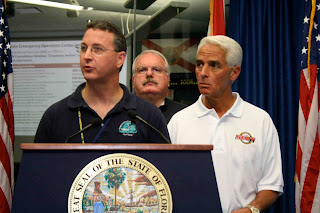 Sole will be vice president of state governmental affairs and will be paid $350,000 in salary, stocks and bonuses. He will report to Eric Silagy, an FPL vice president and chief development officer, the Miami Herald said.

After nearly 20 years with the department, Sole announced in August that he was resigning Sept. 10 to pursue other opportunities. Mimi Drew, DEP’s director of regulatory programs, was appointed secretary by the Cabinet last month.

Efforts by the Florida Tribune to reach Sole and an FPL spokesman on Monday were unsuccessful.

Sole told a group of House members in August that leaving the department was a “tough choice” that was prompted by the capping of the Deepwater Horizon oil well.