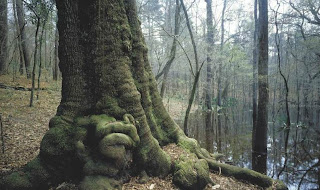 A House committee’s budget exercise includes proposed new money for Florida Forever but the land-buying program may still face an uphill battle to get funded for the 2010-11 fiscal year.

Florida Forever – which had received $300 million a year in cash or bonding authority since 1990 – had its funding suspended in the current fiscal year. The program has led to the acquisition of 2.4 million acres since 1990.

The House Natural Resources Appropriations Committee on Tuesday considered a $1.9 billion base budget for agricultural and environmental agencies that includes $13.1 million in debt service for $200 million in new bonds for Florida Forever.

A Nature Conservancy representative said including Florida Forever in the base budget was a positive sign from the House.

But Rep. Ralph Poppell, R-Vero Beach and committee chairman, said the panel still must slice $300 million from the base budget to meet revenue projections. The agency budgets must be cut to $1.6 billion, he said.

“I don’t know how much if any” Florida Forever will get, Poppell said. “That’s why we’re going through this process — to determine what are the priorities of the people of the state of Florida.”

(Photo of San Felasco Hammock copyrighted by James Valentine, used with permission from Florida Department of Environmental Protection. Story copyrighted by Bruce Ritchie and FloridaEnvironments.com. Do not copy or redistribute without permission.)