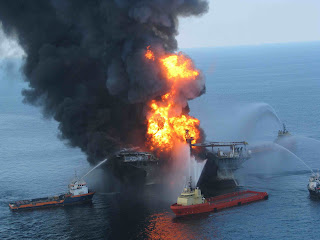 U. S. Sen. Bill Nelson on Friday asked the Department of Interior to investigate an oil drilling rig explosion off the coast of Louisiana.

The Obama administration on March 31 said it would allow exploration and drilling off the east coast south to about Titusville and in the Gulf of Mexico west of the Florida Keys. The House Select Policy Council on Strategic & Economic Planning held hearings on drilling but didn’t take up a bill because the Senate was unwilling to take up the issue.

The Coast Guard on Friday gave up the search for 11 missing workers where the Deepwater Horizon oil rig sank. Environmental groups said the tragedy emphasized the risks of oil drilling and the need for energy alternatives.

Nelson, D-Melbourne, sent a letter to Interior Secretary Ken Salazar requesting an investigation into the past decade of safety and technology issues and industry practices. “The tragedy off the coast of Louisiana shows we need to be asking a lot more tough questions of Big Oil,” Nelson said in a statement. An Interior Department spokeswoman said an investigation with the Coast Guard has been launched but she did not elaborate on the scope of the review.

Associated Industries of Florida supports drilling, and Jose Gonzalez, vice president of government affairs, said it was too soon after the tragedy to say whether such an accident shows Florida would be at risk if a drilling ban was lifted. “I don’t think it will set it (the drilling issue) back,” Gonzalez said. “At the end of the day we still need to work forward on getting to the resources we know are out there.”

(Coast Guard photo. Story content provided by the Current, produced by The Florida Tribune. Story copyrighted by Bruce Ritchie and FloridaEnvironments.com. Do not copy or redistribute without permission.)