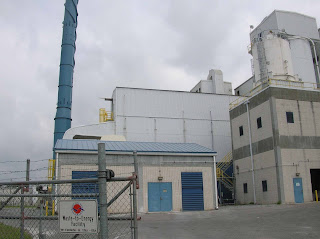 Bay County could claim that its recycling rate has more than doubled, from 19 to 44 percent, because it burns its waste to produce electricity.

Six Florida counties could claim that they’re currently recycling more than 100 percent of their waste under a bill signed into law by Gov. Charlie Crist in May. But the Florida Department of Environmental Protection says it would reject any such claim.

HB 7243 allows counties whose waste is burned to produce electricity to claim recycling credits that could exceed 100 percent, according to a DEP analysis. Because of the change in state law, the state’s overall recycling rate could jump from 28 percent to 52 percent.

Supporters said the bill would help the state meet its 75-percent recycling goal as established by the Legislature in a 2008, but they say they didn’t know it could allow for such inflated recycling claims. DEP says it won’t accept the higher claims until the Legislature has a chance to fix the law.

No Florida county now recycles more than 43 percent of its waste. But eight could claim to be recycling above the 75-percent goal under the new law, according to DEP.

Associated Industries of Florida supported the bill and its waste-to-energy provisions during the legislative session. AIF senior lobbyist Keyna Cory said some tweaking of the state law now is needed.

“It was never our goal to have anything go over 100 percent,” Cory said.