More than 150 scientific researchers from around the nation were gathering Tuesday at St. Pete Beach for the beginning of a two-day conference to discuss oil spill research in the Gulf of Mexico.

Also Tuesday, President Obama signed an executive order establishing the Gulf Coast Ecosystem Restoration Task Force. The panel, which will have representatives appointed by each of the five Gulf states, will be chaired by U.S. Environmental Protection Agency Administrator Lisa Jackson. (Download the news release by clicking here). 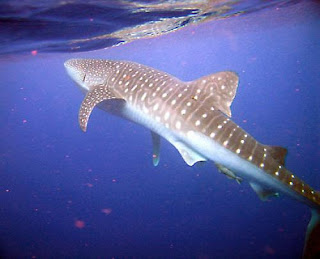 Even though the Deepwater Horizon oil well was capped July 15, scientists say they remain concerned about the long-term effects of more than 200 million gallons of oil on fish populations. A Mobile Press-Register report on Sunday described scientific observations of how some species, such as whale sharks and jellyfish, are recovering.

In St. Pete Beach, the two-day conference is being co-hosted by the University of South Florida and the National Science and Technology Council’s Joint Subcommittee on Ocean Science and Technology. Bill Hogarth, dean of USF’s College of Marine Sciences, said the meeting offers an opportunity for researchers to discuss their findings with colleagues in person for the first time since the Deepwater Horizon oil spill began in April.

“It’s good to sit down and talk about it [the oil spill] because it’s not over,” he said. “A lot of people would like to think it’s over. From Florida’s standpoint, I still have concerns about the fish and ecosystems long-term.”

For example, USF researchers over the summer identified a subsurface plume of microscopic oil droplets near the spill site. Hogarth said coordinated transects will need to be established for other researchers to follow-up on those findings.

“There should be some method to our madness — so to speak,” Hogarth said. “I think the timing of our meeting will be very good. I think it should have happened a few months ago but everybody was busy responding to what was happening [with the spill].”

(Story provided by the Florida Tribune. Photo credit: Wikimedia Commons / Holmbergius . Story copyrighted by Bruce Ritchie and FloridaEnvironments.com. Do not copy or redistribute without permission, which can be obtained by contacting brucebritchie@gmail.com.)