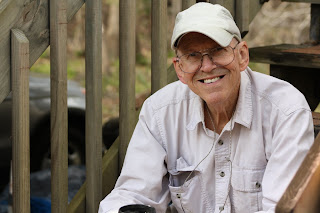 Paul C. Parks, a recent member of the state Environmental Regulation Commission and a key figure in Everglades and Lake Okeechobee issues at the Capitol, died Wednesday at his home in Wakulla County. He was 75.

Gov. Charlie Crist appointed Parks to ERC in 2008 but Parks stepped down after discovering he had cancer, said Manley Fuller, president of the Florida Wildlife Federation.

Parks, who joined the Florida Department of Environmental Protection as chief chemist in 1973, pointed out the worsening problems of water quality in Lake Okeechobee. He played a key role as an expert in the federal government lawsuit filed in the 1990s against the state over Everglades water quality, Fuller said.

In 1977, Parks became head of law enforcement at DEP, which was the Department of Environmental Regulation at the time, according to the Florida Wildlife Federation. In 1985, he became director of research and information at the Florida Defenders of the Environment, helping the state develop rules dealing with dairy industry water quality.

In 1988, he worked as the Florida Wildlife Federation’s Everglades specialist and lobbied the Legislature during the 1990s, Fuller said. In August, he was inducted into the group’s Hall of Fame.

Crist expressed his condolences to the family in a statement on Wednesday saying that Parks used “science-based rationale” to protect natural resources and provided “thoughtful insight” while serving on the ERC.

“In the 1970s, Dr. Parks played a leading role in setting clean-water standards during the infancy of Florida’s environmental protection efforts,” Crist said. “Later, he became an environmental advocate, always relying on good science to advance ecosystem protection and restoration, particularly concerning the Kissimmee River, Lake Okeechobee and the Everglades.

“His pioneering efforts will benefit Florida’s natural resources for generations to come.”

Fuller described Parks as a close friend and said “he was a valuable assistant to me on technical matters — not just to me and the Florida Wildlife Federation but with a lot of organizations.”

(Photo courtesy of Rebecca Follman. Story provided by the Florida Tribune. Story copyrighted by Bruce Ritchie and FloridaEnvironments.com. Do not copy or redistribute without permission, which can be obtained by contacting brucebritchie@gmail.com.)