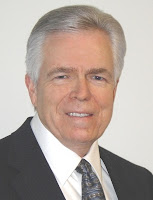 By the Florida Tribune

The embattled head of Florida’s growth management agency has made it official that he will no have role in the administration of Governor-elect Rick Scott.

Tom Pelham, who has been the head of the Department of Community Affairs under two separate GOP governors, wrote a letter to Gov. Charlie Crist on Nov. 8 saying he intended to resign from his job by Jan. 3.

The move isn’t surprising since Pelham recently labeled Scott’s claims that DCA was killing jobs as “nonsense.” DCA has been under constant pressure the last several years with some Republican legislators even suggesting that Pelham needed to get a job elsewhere.

On Tuesday, Pelham said he thinks he has accomplished a lot but he said it was a “constant struggle” given the continuing criticism leveled at the agency.

“Playing defense all the time is no fun,” Pelham told the Florida Tribune.