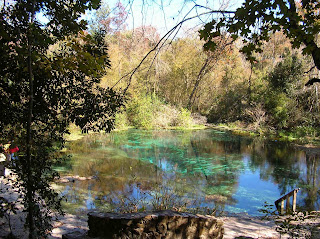 A springs program launched in 2001 by then-Gov. Jeb Bush would be sharply cut by the Legislature in its proposed 2010-11 state budget even as the Senate on Thursday gave final approval to a bill aimed at protecting springs.

The Florida Springs Initiative has helped pay for work including research to map areas that drain to springs, educational materials such as videos and brochures and springs restoration projects including large-scale trash and sediment removal and construction of boardwalks and trails.

Gov. Charlie Crist recommended $1.9 million for the springs initiative again next year. But the Legislature proposes cutting it to $514,271, while retaining the programs two employees. The budget is scheduled to be voted on Friday.

The Department of Environmental Protection identified the springs program for cutting during a legislative budget exercise. “We didn’t have the money — nothing more than that,” said Sen. Carey Baker, R-Eustis and chairman of the Senate General Government Appropriations Committee.

DEP Secretary Mike Sole said last week the funding cut that was shaping up for the springs initiative was “unfortunate.” But he also pointed out that DEP is receiving money from the Legislature for its Total Maximum Daily Load (TMDL) program that works towards reducing pollution in waterways including springs. “I’m hopeful you won’t see a significant reduction in (water quality) effort because of the funding approved for TMDLs,” Sole said.

On Thursday, the Senate voted 34-4 to approve SB 550 as amended by the House, which sends the bill to Crist for his signature. The bill would require septic tanks to be inspected every five years and prohibits the spreading on land of sewage sludge. The bill was sponsored by Sen. Lee Constantine, R-Altamonte Springs, after hearings were held by the Senate Select Committee on Florida’s Inland Waters.

(Story content provided by the Current, produced by The Florida Tribune. Story and photo copyrighted by Bruce Ritchie and FloridaEnvironments.com. Do not copy or redistribute without permission.)