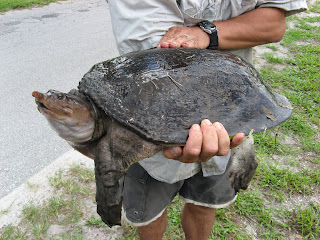 The Florida Fish and Wildlife Conservation Commission today adopted what the agency says are the toughest regulations against harvesting freshwater turtles.

Prompted by concerns that Florida turtles were being shipped to China for food, commissioners in April agreed to consider a regulation that would virtually ban the commercial harvest of turtles. Meeting today in Crystal River, the agency voted to adopt the ban.

“This is the right thing to do,” commission Chairman Rodney Barret said, according to an FWCC news release. “Florida has become a leader with this vote.”

The rule prohibits taking turtles from the wild that are listed on Florida’s imperiled species list: The Alligator snapping turtle, the Suwannee cooter and Barbour’s map turtle. Turtles that look like those, common snapping turtles, other cooters and the Escambia map turtle, also will be protected.

Individuals will be allowed to take one fresh water turtle per day for non-commerical use. The transport of more than one turtle per day is prohibited.

Turtle farmers and reptile breeders in April argued against the regulations, saying there were plenty of turtles in the wild and they must be able to capture turtles to use as brood stock in their farms. The commission will allow the continued take of some turtles for turtle farms until 2011, when it will be reviewed.

Turtle farm operator Dickson McRee of Crystal River said he didn’t bother going to the meeting today in his home town because he thought it was a done deal.

For more on the commission actions related to fresh water turtles, visit www.myfwc.com.