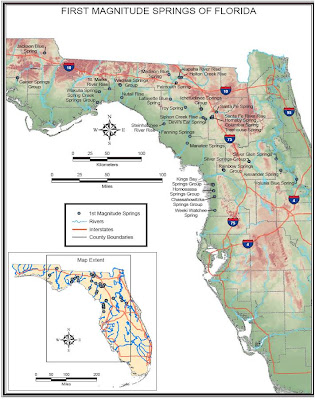 A bill that would require advanced septic systems and sewage treatment plants in counties with major springs was approved by a Senate committee on Tuesday.

SB 274 by Sen. Lee Constantine, R-Altamonte Springs, was passed by the Senate Committee on Environmental Preservation and Conservation, which he chairs. The bill, which was substantially rewritten on Tuesday, was widely praised by environmentalists but faces opposition from developers.

Springs across the state have become choked with weeds and algae as high nitrogen levels in groundwater have fueled plant growth. Scientists point to septic tanks, wastewater plants, fertilizer use, livestock farms and dirty stormwater runoff as potential nitrogen sources.

“We cannot ignore taking corrective actions,” said Constantine, the Senate committee chairman. “If we do, future generations will ask us, ‘Why?’ “

In a legislative session focused on the economic crisis and cutting state spending, opponents said the bill will add to the costs of new homes and existing homes where septic tanks will need to be replaced. Constantine said he heard that one opposing lobbyist, whom he did not name, had called the bill “dead on delivery.”

Under the bill as rewritten Tuesday, all counties with springs that discharge more than 6,460,000 gallons per day — those are the 33 “first-magnitude” springs and 191 “second-magnitude springs” — would be designated as springs protection zones. Advanced septic systems and sewage treatment plants eventually will be required in those counties.

Those counties could ask the state to adjust the boundaries of the springs protection zone with scientific information that shows the groundwater is not vulnerable, Constantine said.

The Florida Department of Environmental Protection would develop a model fertilizer use ordinance that would be required in those counties and encouraged in other counties. Phosphorus would be virtually eliminated from lawn fertilizers. Livestock operations would be required to have lined lagoons to prevent wastewater from reaching groundwater.

Frank Matthews, representing the Association of Florida Community Developers, said the requirement for advanced septic systems could cost $12,000 to $15,000 per home. The cost for such septic and advanced sewage treatment systems in the Wekiva River Basin was projected at $200 million, he said.

“The scope of the legislation is enormous,” Matthews told the committee. He told FloridaEnvironments.com that he wasn’t the lobbyist who said the bill was dead.

“We think we all recognize there is no funding,” he told the committee. “To achieve it becomes a matter of private party landowner project development cost. It becomes a stark reality how to wrestle with balancing these objectives.”

But Constantine said the numbers Matthews was using were “miscalculations” assuming that all septic tanks would have to be replaced immediately at a cost of $15,000 each. He said he has bids showing that the cost of the new systems at $7,500, which he said is about $2,500 more than standard septic systems.

“It’s a much more reasonable number than $200 million,” Constantine said.

Representatives of the Florida League of Cities and the Florida Association of Counties said they support the bill but had concerns about the costs and deadlines for compliance. The Florida Home Builders Association says a planned state study of less expensive advanced septic systems is needed.

Janet Bowman, representing The Nature Conservancy, said Florida has purchased 53,600 acres of conservation lands to protect springs since 1990. “That makes it (Springs protection) all the more important not just to water quality in general but protecting the state’s investment,” she said.

The bill next goes to the Senate committees on community affairs and general government appropriations, and Constantine said the bill could face a tougher fight in other committees. But he said the experienced senators who will be leaving because of term limits in two years have an obligation to protect Florida’s heritage.

“What makes Florida unique is our springs,” Constantine said. “The reason people move here is because of the idea of Florida. That is the commercial and economic impact of this — not that we can’t afford to protect it. We can’t afford not to protect it.”